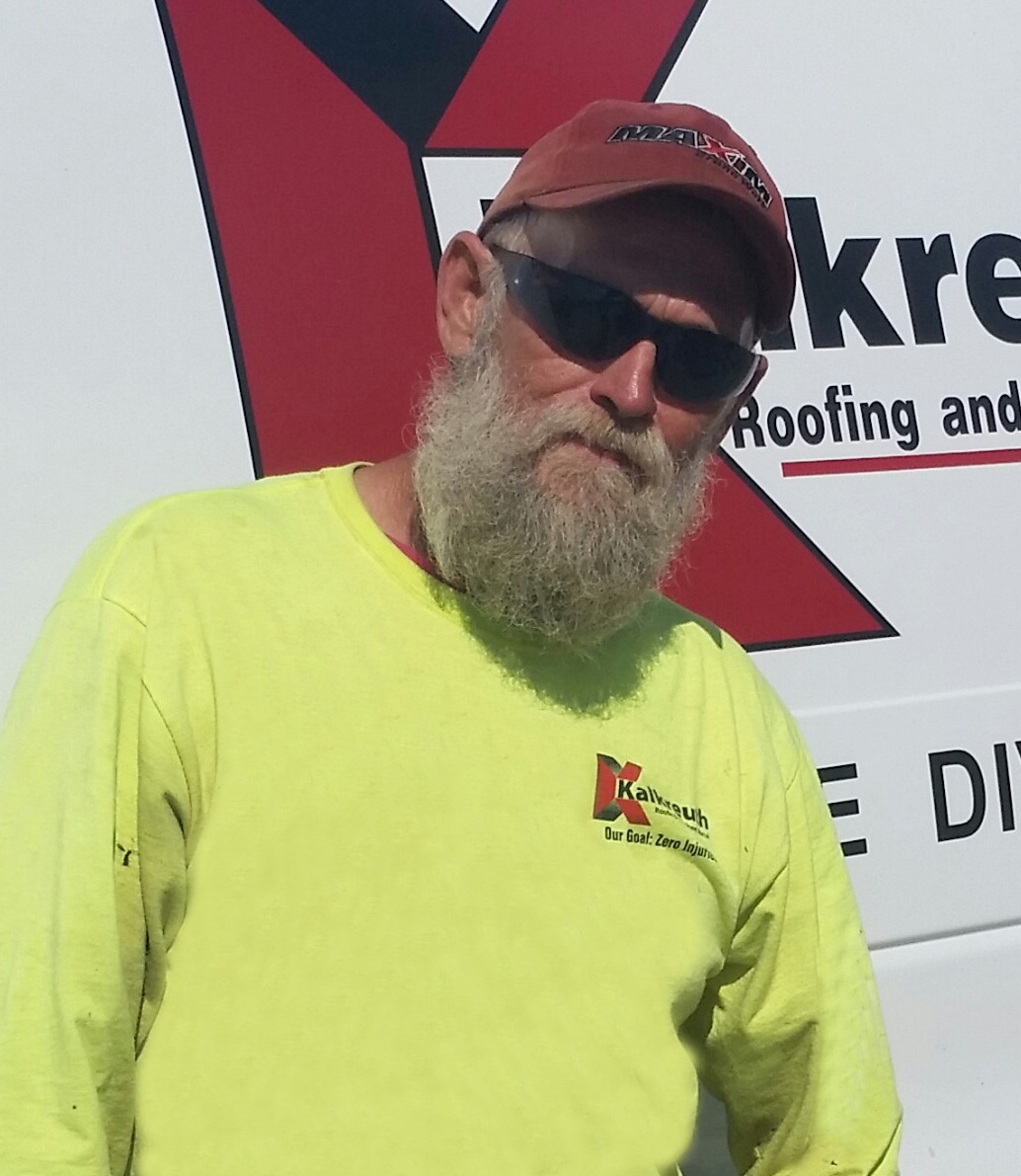 Chris has a total of 32 years experience in the roofing industry and has served as lead foreman on numerous high-profile projects during his time with KRSM. The most memorable project for Chris was the UPS Worldport Expansion project, which is the global hub for UPS and is located at the Louisville International Airport in KY.

“Chris has been a crucial part of our success at Ford,” noted Superintendent Chase Cupryk, who is working with Chris and his crew at the Ford Plant in KY. “He’s very detail-oriented and takes great pride in his work. He is very safety conscious as well, and this is especially important in dealing with multiple
buildings and crews at the same time.”

“Safety is our top priority on the jobsite. On projects like Ford with zero tolerance, it’s necessary in running a successful job,” Chris added.

Chris currently lives in Louisville, KY and has a daughter, Christy, and two granddaughters, Adison (5) and Emma (1). We are proud to call Chris a member of the Kalkreuth family and sincerely thank him for his hard work and dedication over the last 15+ years.